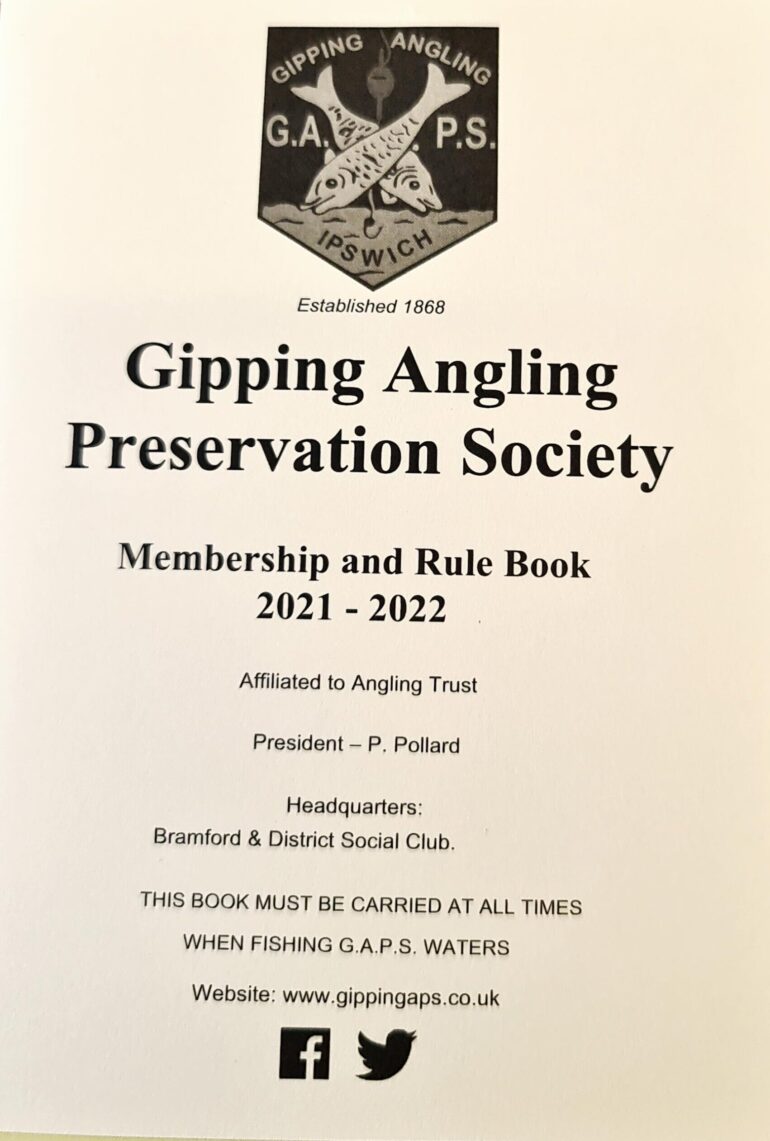 For the second year running we will be unable to hold an AGM to bring to you our accounts, and give an update, on how things are progressing within the society.  This last year has made things very hard for us to function with ever changing rules and guidelines to follow. Add on to this unprecedented flooding at levels not seen for a 100 years and damage caused by this and I do feel we have coped as a club remarkably well. The committee has also not changed over the last two years, due to the fact that we have been unable to hold an election. This has meant that the existing committee has continued but changed roles over this period of time. John Rozier stepped in as secretary after Andrew Winfield was unable to continue due to work and family commitments, John then carried on the good work Andrew had done for the previous few years. Unfortunately John has also now stepped aside due to the same reasons with his wife due to give birth imminently. This has meant that I (Les Hart) have had to step in and try to ensure we continue to operate reasonably smoothly. Long term we will need someone to step up and take over the reins from me but for now I will do to the best of my ability. Likewise others will continue to do roles which they have filled and will remain in place until long term we can make changes. Even after this covid epidemic is completed and we return to normal, changes will not happen straight away. We will need to ensure we get the correct people in place, and not just hand over the keys to anybody without vetting them first.

This brings us to this years proposals and what we would like to target going forward.

Long term anybody can see we need another water, with membership applications this year exceeding anything we have received in previous years. I could easily have sold 600+ books but that would have been inconsiderate to existing members and our fish. Things have been progressed along this front with at least 6 or so leads followed up. Some of these were dead ends while others have not been dismissed completely and we are still in discussion with the owners on a couple of venues. Whether these come to anything I cannot say but we must be prepared to act if and when anything does arise. For obvious reasons I cannot state which waters these are, as other clubs or individuals may try and muscle in.

Repairs to otter fencing at both lakes have cost us a lot of money with anybody who saw the damage to causeway seeing first hand the power of what water can do. Spending Boxing day at Causeway with a couple of other committee members along with a volunteer from our membership was not what I had envisaged when I woke up.

On Causeway we have had to make the decision to spend the majority of our revenue budget this year to replace and repair the pegs all around the large lake and hopefully continue and finish the pegs on the perch pit as well. This will be undertaken by a contractor and will take approximately two weeks to complete. Plans are at present to start late April or Start of May dependent upon when he can find space in his work calendar. This is a big investment for us but one we must do as the pegs are getting in a very serious state of repairs. We are also trying to sort out the approach road to the lake which has become very rutted in the last year.

Alderson lakes are being very well looked after by Rob Hubert and Nick Clarke for us and the amount of work they do is really appreciated by everybody within the club. Again without their unpaid volunteering our maintenance budget would be a lot higher. One thing which did cause concern at Alderson was an outbreak of blue green algae on the small lake which caused us to lose a few of the smaller carp and a couple of tench. Quick work by John Rozier in conjunction with the Environment agency helped to avert a major problem. You will see over the coming days and maybe weeks we will be introducing even more aeration on site than ever before. There will also be barley straw “sausages” placed to tackle the same this year before it hopefully starts to get a hold. We even managed to get a grant towards this from the Environment Agency due to the fact we are a club open to everyone rather than a syndicate water. We appreciate their ongoing advice and assistance not only on this matter but other things as well.  The other recommendation they advised was to open out the water with the surrounding tree work allowing more airflow and better oxygenation in the water. Some members did not like this but it was done under recommendation from the EA.

We have also decided NOT to renew our lease in conjunction with Diss AC for YAXLEY. This was not taken lightly but it was found that our membership hardly used this facility and in fact we were subsidising the water for another clubs members in reality. We felt that these funds could be better used to improve our waters.

On to what was fed back to us via the online survey.

This was quite encouraging as the majority appeared to understand and agree with our actions over this difficult time. To me the most encouraging was the fact that no one said we have handled the epidemic badly, most agreed we had to do this even if they did not like it. Encouragingly the Angling trust have taken up the mantle and work with the government on our behalf. At least this gave a unified voice and one which has kept our venues open for the majority of the time. Again, Thank you to them.

As for the various comments put at the end of the survey most were on things we want to achieve. Like Improving the track to causeway, peg replacement, etc.  Although some were at polar opposites, for example, some said we needed more fish in venues while others said there were too many.

So now we come to the part of the letter where we have to say what we intend to do with membership prices for the forthcoming year. We have made a rod for our own back I suppose as we have tried very hard to keep prices low due to the current situation. As previously stated we have only put up prices for members over the last three years by a total of £5. In fact we scrapped last years proposed increase due to covid. This has now meant that we need to raise prices more than we would like but do need to ensure we can maintain what we currently have while continuing to improve things. Even after these rises I do feel we are very competitive on price for what we provide. Therefore we propose the following:

Adult members will rise to £125 per year

Disabled and OAP will rise to £80

Intermediates will rise to £65

Juniors will rise to £15

As you will see we have not just added a blanket charge across all the categories but looked at all individual cases and what we provide for them. The major changes will be to night permits which will double in price. This is because we do feel that those who purchase these do receive a reasonable return for their money and against other waters we are very cheap.

The other thing that may be noticed is we have trebled the junior membership from £5 to £15. For the last two years basically Junior members have cost us for everyone who joined. Printing membership books etc cost more than the £5 per person we charged.

The timeline for renewing will be as follows.

Existing members who want to renew with no changes to their membership can renew from 1st May. You will have 3 weeks roughly to complete this process. This can be completed online via the website or via post as usual.

Existing members who want to upgrade to a full ticket from a river or add a night ticket can do so from 21st of May (if spaces are available) those who want to be considered for an upgrade will need to email the secretary via the membership@gippingaps.co.uk in advance and definitley before the 21st May. You will then be informed if you are successful or not which will be in a strict date order. You can then pay online and membership will be posted or at the open evening on the 26th May.

Any unsold books will then be opened up to the general public to purchase from the beginning of June once the current member renewals have been processed.

Postal applications will be accepted for those wishing a “like for like” membership up to the cutoff date of 21st May.

There will also be an open evening for those who wish to pay by cash, cheque or card but you will need to advise you are collecting beforehand so numbers and paperwork can be processed beforehand. If you wish to collect and pay as above please advise your attendance via the membership@gippingaps.co.uk mailbox.

This will be as last year at Birds Tackle Gt Blakenham on the 26th May.

PLEASE ensure you get your applications in as soon as possible as I expect this year we will again be inundated with applications over and above what will be on sale. The only exception to last years numbers will be the fact that there will be more river tickets available this time around.

If you fail to renew in time and your book is subsequently sold you may not get the chance again this season.

I Know these increases will not be popular but we felt if we did not act now we will not have the chance in future to continue with providing what we currently do. We also want to increase further our services and as stated be in a position to act if and when more waters become available.

Hit enter to search or ESC to close