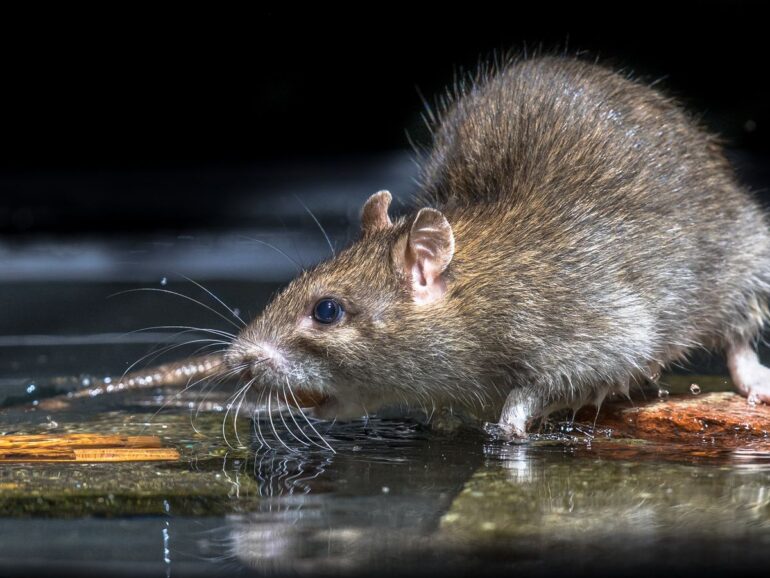 Weil’s disease is a form of a bacterial infection also known as Leptospirosis that is carried by animals, most commonly in rats and cattle

Weil’s disease is a form of a bacterial infection also known as Leptospirosis that is carried by animals, most commonly in rats and cattle.

It can be caught by humans through contact with rat or cattle urine, most commonly occurring through contaminated fresh water. Although human infection in the UK is minimal it is still worth taking some preventative measures to decrease the possibility of contracting it.

Weil’s disease is a secondary phase of a form of a bacterial infection also known as Leptospirosis. Leptospirosis can infect almost any animal where it is harboured in the kidneys, but most commonly it is found in rats and cattle, and is spread by their urine. It is not known to cause any noticeable illness in rats, so populations are unaffected by high levels of infection. It is one of the most widespread zoonosis (disease spread from animals to humans) in the world, where it is most common in tropical and subtropical environments. Those who participate in water sports, come into contact with untreated water, and work in or near water are at a higher risk than others as it is most commonly passed to humans through water contaminated by rat urine.

Infection of humans usually occurs where open wounds are immersed in relatively stagnant water contaminated with rat or cattle urine. It can be contracted from contact with any fresh or untreated water including ponds, canals, lakes and rivers, as well as flood waters that are contaminated.

The risk of contracting the disease varies according to the size of the local rat population, which unfortunately is very hard to assess. Landowners, local authority environmental health departments, and in agricultural areas, Department for Environment, Food and Rural Affairs (DEFRA), may be able to provide assistance for operators who may need to assess the risk.

Symptoms can occur between 3 and 21 days from the time of infection. There can be two distinct phases of leptospirosis.

The best prevention is to understand where and how Weil’s disease can be caught and taking precautions based on this knowledge. If you know you may come into contact with untreated water such as flood waters, canals, ponds and rivers you can reduce the risk of infection by taking the following precautions:

Seek medical treatment and explain to the practitioner that you have been in contact with open water. If you are an employee, show them your workers card. Early diagnosis and treatment of Leptospirosis can prevent more severe cases of infection.

Hit enter to search or ESC to close